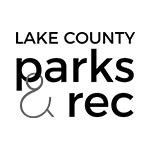 Create an Account - Increase your productivity, customize your experience, and engage in information you care about.

While we couldn't meet for a traditional Veterans Day Service, we also could not let this day pass without doing something to offer our gratitude to our nation's veterans.

Learn about the history of the day, take part in some traditional elements of our regular Veterans Day service, and take some time to write a note of thanks to an area veteran. These notes will be distributed in the coming weeks to local vets and veteran serving organizations. 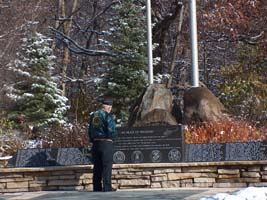 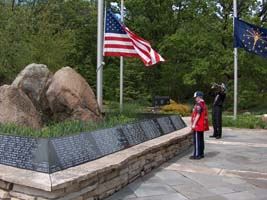 2021 Memorial Day Service is tentatively scheduled for the afternoon of May 31. Check back for more details in Spring of 2021.

Honor those who served in the Vietnam War at the Vietnam Veteran's Memorial.
No program is held, but the park and memorial are open for guests to come pay their respects.

View a list of the names engraved on the memorial wall at Stoney Run (PDF).

Visitors to Stoney Run County Park see the flags of the Vietnam Veterans Memorial as they drive into the park. This salute to veterans had its beginnings in 1973 when three large boulders were put in place by Marine Company A, 6th Engineer Battalion of Gary in Stoney Run County Park. The memorial began as one family’s effort to honor the memory of their son and others like him. David M. Baum was one of the 261 young people from Lake County and one of more than 58,000 from across the United States who gave their lives for our country while serving in Vietnam. David’s death brought cards and letters of sympathy to his parents and brother, John, also a veteran during the Vietnam conflict. Sometime later, distraught over the treatment afforded most of the returning Vietnam Veterans, Mr. And Mrs. Henry Baum of Crown Point established the David M. Baum Memorial Fund. Community support provided additional funds, materials, and labor leading to the dedication of the memorial.

For a long time, however, plans to complete the memorial went unfulfilled. The Vietnam War continued to be a painful, controversial issue, and support for a tribute to its veterans waned. Then early in 1982 several Vietnam Veterans, along with Lake County Park and Recreation Department staff members, coordinated efforts with the Vietnam Veterans Leadership program of Indiana to sponsor a Memorial Day service and family picnic at the park.

Shortly after that initial joint effort, the VVLP of Indiana welcomed the Vietnam Veterans Memorial Committee as part of its organization. Again, donations of funds, materials, and labor made Phase I of the memorial beautification possible. Countless hours of donated services from individuals and groups went into the memorial development.

By Memorial Day 1984, 8,000 face bricks and 80 yards of concrete had been laid, forming a low wall topped with 460 feet of limestone and encircling the memorial. Hundreds of Vietnam Veterans stood in the rain at a very moving dedication service. It was a new beginning. Phase II added a new face to the memorial’s south side with the construction of two wing walls. The other walls were raised and 14,000 paving bricks were laid in place. New landscaping was planted and the memorial was again ready for the 1986 Memorial Day service. 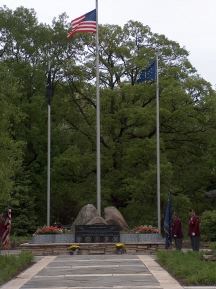 Early in 1989 it was decided that the memorial would not be complete without the permanent inclusion of the 262 names of the Lake County servicemen who sacrificed their lives during the Vietnam War so that project was begun. A list of names was compiled by Lake Central High School students under the direction of teacher Tom Clark. His classes have been instrumental in many similar projects for many years. On August 28, 1989, the Lake County Commissioners signed a proclamation declaring the memorial at Stoney Run County Park the official Lake County Vietnam Veterans Memorial.

Phase III was the addition of the names in granite and the replacement of the single flagpole with three new flagpoles. This phase took two years to complete with the official dedication taking place on May 4, 1991. As noted at the memorial, the black granite plaques listing the names of those who died during the conflict, not only quantifies, but personalizes, Lake County’s sacrifice for the Price of Freedom.

As 1999 approached, the memorial walkways and walls were in need of repair and the committee thought it was time to show unity and appreciation for all veterans. A grant was secured through the Lake County Parks from the state of Indiana to redesign the walkways. Construction began again and on Veterans Day, 1999, the VVMC fulfilled another goal as they dedicated a second monument.

Dedicated to All Who Have Served - Thank You Veterans

The VVMC salutes the many municipalities, organizations, veterans, businesses, labor organizations, Tom Clark and the students of Lake Central High School, and individuals who have contributed toward the expansion and beautification of the memorial over the years. Your overwhelming response has helped broaden the foundation of a fitting tribute to 262 young men from Lake County, who along with 58,000 nation-wide, gave their lives for our country, and for those of us who remain. The efforts of all who have dedicated their time and energy will continue until the memorial is complete. All proceeds go to the programming and completion of the monument.

The Vietnam Veterans Memorial Committee invites everyone to visit the memorial throughout the year but especially extends an invitation for on Memorial Day and on the Saturday prior to Veterans Day.

Stoney Run County Park is located between Crown Point and Hebron, just north of route 231. From I-65 take route 231 for about 4.5 miles to 145th Avenue then left, past the Korean War Memorial, to the park.